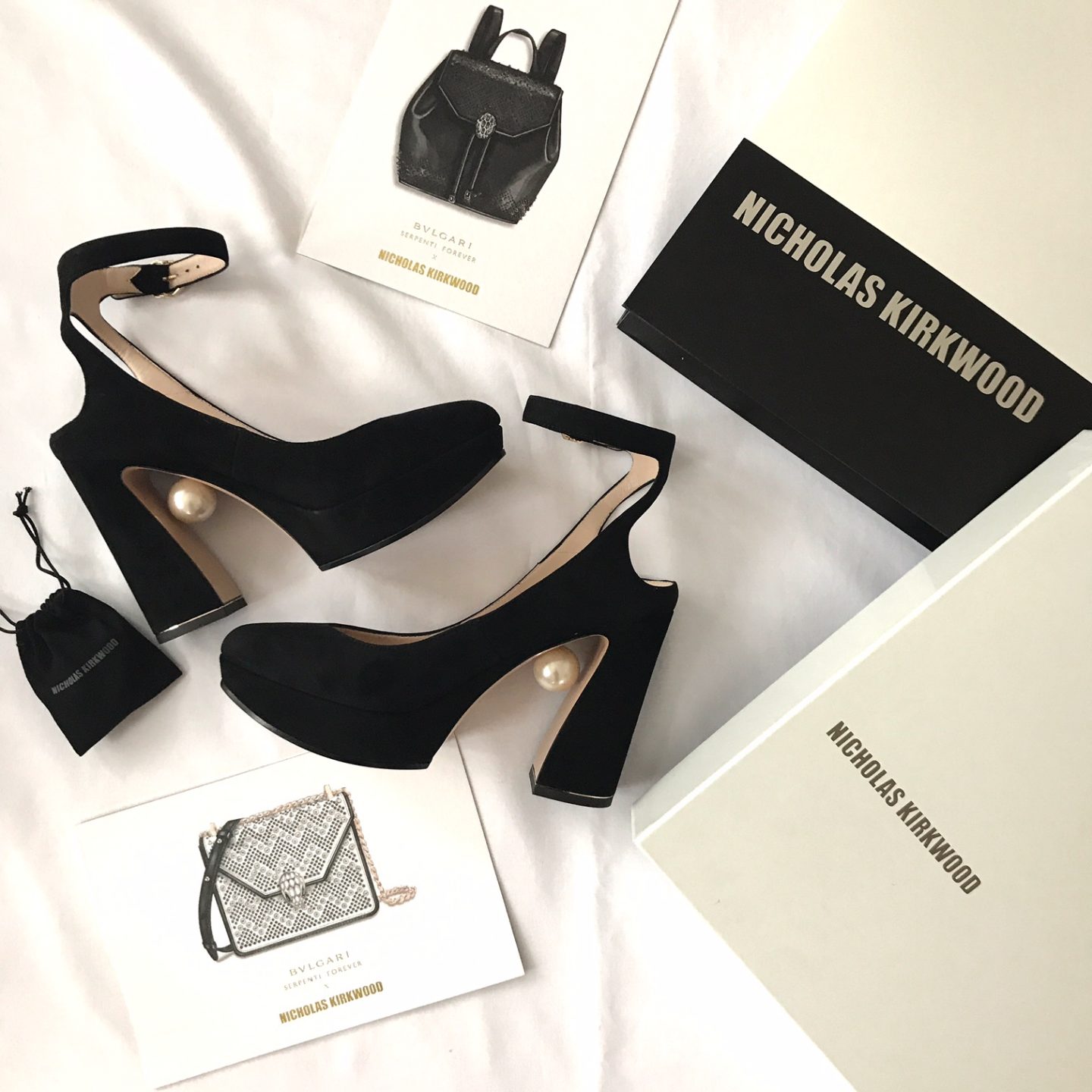 I must admit I’m not a ‘drop everything’ to run to an event kind of blogger (the logistics and organisational skills required alone usually make my head hurt) however when my girlfriend invited me to the launch of Nicholas Kirkwood’s collaboration with Bulgari, I could not say no. I mean Iconic British shoe designer meets Iconic Italian Luxe brand – err hello, when does the next train leave!

When you meet Nicholas Kirkwood you won’t be disappointed. Here is a guy with amazing vision, creative energy and believe it or not, NO ego! It was a pleasure to chat to him and find out more about his current collection. He attended London’s Central Saint Martins School of Art and Design and Cordwainers College, where he learnt the craft of shoemaking.

Known for crafting sculptural heels with unusual materials he has emerged at the forefront of fashion footwear in just a few years.

Nicholas Kirkwood was one of the first designers to use pearls within the structural heel of the shoe.  The idea being that something that is supposed to be structurally solid and weight bearing (the heel for example) holds something so delicate – the pearl. this idea features heavily across the range and I must say I’m a huge fan.

Prior to setting up his own collection and brand in 2005 Nicholas Kirkwood worked alongside established and emerging designers to create shoes for their runways. Catwalk collaborations included Rodarte, Erdem, Roksanda and Peter Pilotto.

In 2005 Kirkwood set up his own brand and collection. His designs were defined by daring innovation in the use of unconventional materials and techniques that married high craft and tradition with the cutting edge of technology and the unexpected. Think weird shaped heels and pearls balanced in the midst.

In May 2011 Kirkwood opened his flagship store on Mount Street, in London’s Mayfair area, the first of his generation of designers to do so.

In September 2013 Nicholas Kirkwood announced his partnership with LVMH: the biggest luxury goods conglomerate in the world. This was a significant move on the part of LVMH and shows their faith and belief in the long term development of the Nicholas Kirkwood brand.

All Nicholas Kirkwood shoes are hand-crafted in a couple of small factories in Veneto, Italy, the same factories are also used by LVMH to produce and manufacture other items across its portfolio. The shoes are made using the highest-grade materials, and often use innovative techniques to develop custom-made leathers and fabrications.

The Nicholas Kirkwood and Bulgari collaboration is his first since the 2013 LVMH partnership. Expanding outside of shoes, Nicholas Kirkwood takes Bulgari’s long time and symbolic ‘Serpenti Forever’ motif to reimagine and develop a beautiful, tactile range of bags including clutches and back packs.

The bags combine both, Nicholas Kirkwood and Bulgari’s love of graphics, unexpected combination of materials and use of bold colours.

The design beautifully recreates Bulgari’s sensual use of reptilian The range uses distinctive chevron patterns and studs with faceted sides to resemble Bulgari jewels. The iconographic serpents head acts as a closure.

The evening gave me an insight into how the design process works and what it takes to make a beautiful creative idea come to life, the number of people involved and the fact that creating something so individual is a true labour of love from start to finish. 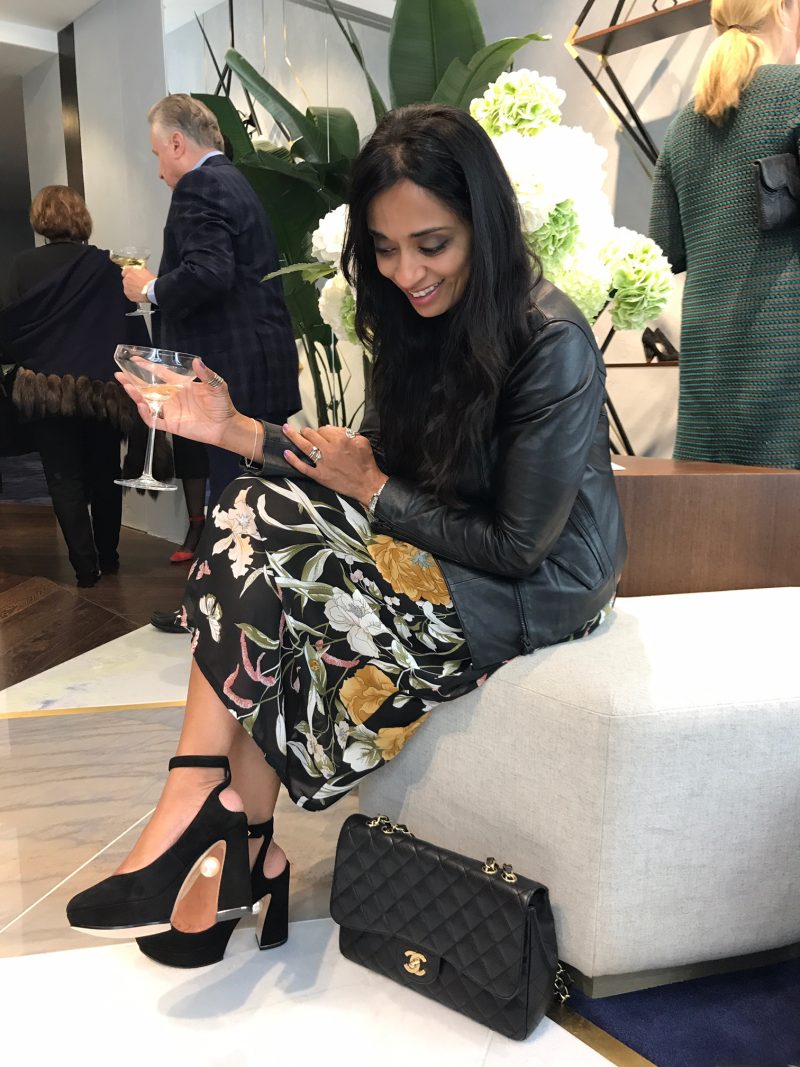 For those of you that love this look but don’t want to spend your childrens inheritance on a pair of shoes you will be pleased to hear that there are many high street options at the moment as pearls are featuring heavily in shoes, sliders and boots. 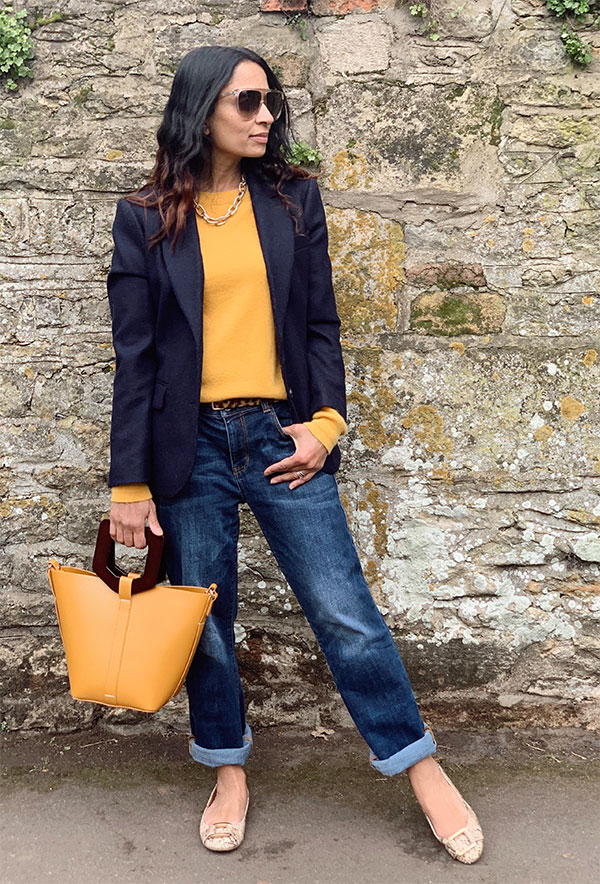 I’m creating a virtual cookbook for my girls and sharing my journey (and recipes) along the way. What inspires me, what I cook, what I wear, where I eat out, travel and lifestyle. Simply put - an edited look into my world.

Chillies and Clothes is about trusting yourself to throw in a little spice. Try something and make it true for you. Chet’s heritage of Indian cooking and a love of experimenting with fashion is set within the ups and downs of daily life as a Mum, wife and friend – without taking it too seriously. Finding an easier way when you can, means you enjoy life as much as possible too.

STAY IN THE KNOW!

%d bloggers like this:
We use cookies to ensure that we give you the best experience on our website. If you continue to use this site we will assume that you are happy with it.I ACCEPTRead more
×